After Filing Chapter 7 - Will I Still Be On The Hook For the House?
Skip to content

After Filing Chapter 7 – Will I Still Be On The Hook For the House? 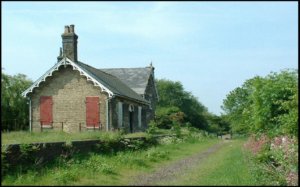 Then, a few years down the road, they get served a lawsuit  from a home owner’s association on a house they moved out of long ago.  Another possible nightmare is when some inspector issues you a fine for the grass that is now four feet tall in the house you surrendered in the bankruptcy.  Worse, the county pays someone else to cut then grass and then send you the bill.

How can this happen after filing Chapter 7 bankruptcy?  The answer is that the mortgage company never foreclosed on the house!  If the mortgage company does not foreclose, you are still the legal owner of the house.  As a result, you are responsible for all future homeowner’s association fees and any fines that may result from not taking care of the yard.

How do you avoid the possible nightmare situation after filing Chapter 7 bankruptcy or when you surrender a house in a Chapter 13?

First, don’t move out of the house until the foreclosure process has started.  After filing Chapter 7 or surrendering it in a Chapter 13, you are living in the house rent free until they start the foreclosure.  Why would you ever want to give up free rent?

After filing Chapter 7 bankruptcy, most mortgage companies will begin the foreclosure process shortly after they obtain an order on a motion for relief in the case.  However, in some situations, the mortgage company simply fails to foreclose.  What are they waiting for?  I have no idea.  Perhaps they don’t want to be the owner of that stinker house.  Maybe they are waiting for housing prices to rebound?  Who knows?

In court today, I spoke with another Georgia bankruptcy attorney whose client surrendered a house in Douglas County two years ago after filing Chapter 7.  They thought it was behind them.  Then, out of the blue, they received a fine for tall grass in the house they moved out of two years ago!

How can you protect yourself if you have already moved out of the house and filed Chapter 7 bankruptcy?

My answer is that since you are still the legal owner of the house until it gets foreclosed, you have the right to rent the house out until your ownership rights are taken away.  You might be asking, “who in the world would want to rent a house that they may be able to get kicked out of next month?”  I believe that if the price is right, you will find someone willing to take the chance.

For example, if its a three bedroom house in Hiram, Georgia, I think you could easily find someone to rent it for $200 per month so that you would be able to pay all future HOA dues and hire some local kid to keep the grass mowed.

If you are considering Chapter 7, it is always best to have a qualified Georgia bankruptcy attorney review your entire situation so that they can warn you about any potential pitfalls.

1.  Why will I be liable for future HOA dues after bankruptcy?

2.  How soon do I have to move out of my house after bankruptcy?

3. Can I Wipe Out My Second Mortgage in Bankruptcy?

4. Bankruptcy and the Taxation of My House by the IRS

5.  How much does it cost to file bankruptcy?

Should I File Bankruptcy Over One Debt?

What Kind of Turtle Are You? (Keep yourself from Shelling from Debt)

Bankruptcy – Do I Have to Give Away All Of My Cash Before I File?