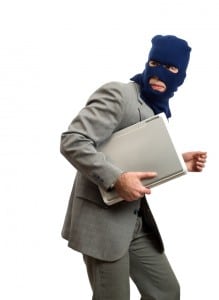 The cracks are starting to appear in the National Mortgage Settlement. The cracks indicate a blatant cheating of loan modifications and practices through Bank of America.

The Miami Herald has reported that Florida’s Attorney General, Pam Bondi believes that Bank of America has failed “to follow the rules of a national mortgage settlement reached last year over the practice of robo-signing during the height of the foreclosure crisis.”

In her letter to Bank of America, Attorney General Bondi says that the bank may have violated the settlement by:

Propublica has posted an article entitled, “Bank of America Lied to Homeowners and Rewarded Foreclosures, Former Employees Say”.  The article reports that “Bank of America regularly lied to homeowners seeking loan modifications, denied their applications for made-up reasons, and were rewarded for sending homeowners to foreclosure, according to sworn statements by former bank employees.”

As a Georgia bankruptcy attorney, I have heard clients complain that their bank will falsely claim that documents necessary for the loan modification were never faxed to them on time.  My consumers in Georgia have felt cheated and abused by the loan modification processes because they complied with every demand of the bank and still ended up in foreclosure.

Thank goodness Chapter 13 is available to consumers to save their homes from foreclosure.  If it was not for Chapter 13, thousands of homeowners would lose their homes because of bad bank practices.

The future does not look so good for Bank of America right now.  As the great Southern philosopher Dusty Rhodes once said, “Payback is hell daddy!”

Bankruptcy Predictions for 2013 in Georgia