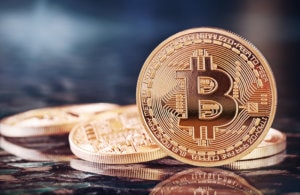 After reading my headline, I bet some of you are asking yourself, “What is a bitcoin?”

Bitcoin is a virtual currency that was created in 2009 by an unknown person using the alias Satoshi Nakamoto.

Why would anyone want to use bitcoins?

Bitcoins are stored in a virtual wallet which can exist in the cloud or on your computer.

How will bitcoins affect the bankruptcy world?

I predict that some people will make the foolish decision to hide assets with bitcoins.

How will a bankruptcy trustee ever be able to trace bitcoins?  I have no idea but I bet they will be the first to figure out how.  Our federal government has virtually unlimited resources to combat crime.

Committing bankruptcy fraud will land you in jail.  No bankruptcy case and no amount of money is worth risking jail.

I don’t want to work with any potential client that wants to try to get around the bankruptcy laws.

My fear is that after some idiot gets caught hiding assets in bitcoins and then filing bankruptcy, some new burdensome rule will get placed on future filers as a consequence.  I have no idea what this could be but I’m sure it will be painful.

In the 1990s, some doctors filed bankruptcy on their student loans and then went on to earn high salaries.  As a consequence, bankruptcy laws were changed to make all student loans nondischargeable (I think this is ridiculous. Eventually, someone will figure out that they can get elected to Congress if they promise to change it back).

Anytime there is a new abuse of the bankruptcy laws, Congress will overreact.  I hope history does not repeat itself in the case of bitcoins.