Bankruptcy – Can I Eliminate the Civil Judgment from the Bar Fight? 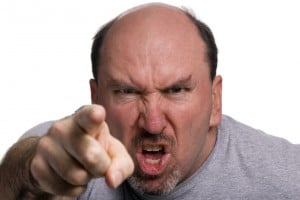 Will bankruptcy eliminate the monetary damages awarded in a civil judgment that resulted from a violent fight?

We have all heard this story before.  A nice guy walks into a bar in Kennesaw, Georgia with his smoking hot girlfriend.  On this particular night, the bar is filled with some rowdy patrons.  One of the drunk patrons makes an inappropriate comment to the beautiful girlfriend.  As a consequence, nice guy boyfriend ends up in a nasty fight with a drunkard.  Since the nice boyfriend is sober and the other guy is drunk, guess who beats the living daylights out of the other?

Is bankruptcy the answer to his problems?  Nice boyfriend then decides to meet with a bankruptcy attorney to find out if there is any way he can get out of this large judgment against him.

Can bankruptcy wipe out a civil judgment against you for damages that you intentionally caused in a bar fight?

The answer is no.

For someone caught in this horrible situation, this seems unfair.  After all, the nice guy was trying to defend his girlfriend.

The bottom line is that you cannot intentional cause harm to someone and then expect to be able to wipe out any liability in  a bankruptcy.

If he could afford the high payment, the nice guy could pay back the entire judgment in a Chapter 13 over a period of five years.

What should the nice guy have done differently?

1.  For starters, he should not have beaten the guy up.  Self-defense is legal but beating someone to a pulp is not.  In addition to money damages, violence usually lands you in jail.

2.  He probably should have fought against the lawsuit.  In many situations, I see potential clients who receive lawsuits like this and don’t take it seriously.  If someone gets a judgment against you in Georgia, they can garnish up to 25 percent of your take home pay.  Also, they can put liens on your house.

In conclusion, do everything you can to avoid a bar fight.  In the end, it may ending costing you a lot of money that cannot be eliminated in bankruptcy.