Bankruptcy Has Made The United States The Greatest Country in History 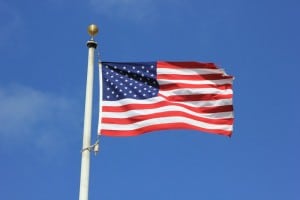 Bankruptcy has helped make the United States the greatest country in history.  How is this possible?  The reason is that it has allowed people to get a second chance and become productive again.

Many famous people have filed bankruptcy and recovered.

Many people in the history of this country have suffered financial disasters, filed bankruptcy, and recovered in amazing fashion.  People like Walt Disney, Henry Ford, Larry King, Dave Ramsey, Nicholas Cage, Burt Reynolds and Kim Basinger have had to file for bankruptcy and later recovered.

Before creating his world renowned mouse, Walt Disney had a company called Laugh-O-Grams.  It did not make it.  Walt Disney filed for bankruptcy in 1922.  After filing bankruptcy, Disney moved from Missouri to California and the rest is history.  Can you imagine a world without Disney?  What if Walt Disney had been thrown into a debtor’s prison?  What if he had never been given a second chance?  There would be no Disney World!  How many people are employed today because Walt Disney was shown some grace and allowed to recover?

Henry Ford’s first two car companies did not work out.  The third try, Ford Motor Company, revolutionized the world.  Ford’s creation of the assembly line changed not only the auto industry but almost all industries.  What if Henry Ford had been thrown in debtor’s prison?  What if he had never been given a second chance?  I don’t want to think of a world without my car.

Where did bankruptcy come from?

Where did this idea of bankruptcy come from?  In the United States, it started with the Constitution.  Take a look at the United States Constitution, Article 1, Section 8, clause 4.  Our founding fathers did not want a nation of economic slaves.  Therefore, they gave Congress the right to establish “Laws on the subject of Bankruptcies.”  Where did the founding fathers get the idea of bankruptcy?  The answer this question may really shock you.  They got the idea from the Bible.  Check out Deuteronomy Chapter 15.

As authorized by the U.S. Constitution and as shown through these and many other famous examples, Chapter 13 and Chapter 7 can help you recover from a disaster to get a new start.  As bankruptcy attorney Dan Nunley says, “bankruptcy is not permanent dead end on the road to success, just a curve along the way.”  I’m thankful I live in a country that was founded by people who believe in grace.  Giving people a second chance is good thing and we all have benefited from it.