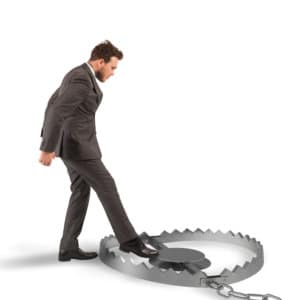 Judicial estoppel is a terrible trap for Chapter 13 and Chapter 7 bankruptcy debtors.  In my opinion, it is the worst trap possible.

Description of the judicial estoppel trap in Bankruptcy

Here is how it works.  Let’s say you file a Chapter 13 and a few years into your case, you are involved in a car wreck.  You make all of your payments and your case is discharged.  A year later, you sue the person that hit you.  If you fail to disclose the potential lawsuit in your Chapter 13 case, judicial estoppel could prevent you from recovering anything.  Zero!  Zilch!

Consider the case of U.S. ex rel. Long v. GSD&M Idea City, LLC, 798 F.3d 265 (5th Cir., August 13, 2015).  In this case, the debtor paid 100 percent of his debts off.  Everything got paid.  Since he was in a 100 percent plan, the debtor assumed that he did not have to disclose anything.  Bad assumption.  He ended up losing his entire claim because of his failure to disclose his potential claim while the case was active.

In its ruling, the District Court noted that there were 3 terms of his bankruptcy plan that benefited him.

How do you avoid the judicial estoppel trap in a bankruptcy case?

Drum roll please.  The answer is ……….DISCLOSE IT!!

If you are in an active bankruptcy case (Chapter 13 or Chapter 7), you must call your bankruptcy attorney if you are involved in any situation that could someday result in you filing a lawsuit.  If you don’t disclose the lawsuit, you won’t be able to recover anything.  I don’t like this gotcha law but it is part of our system.

If you have any questions at all about this, call your bankruptcy attorney today.