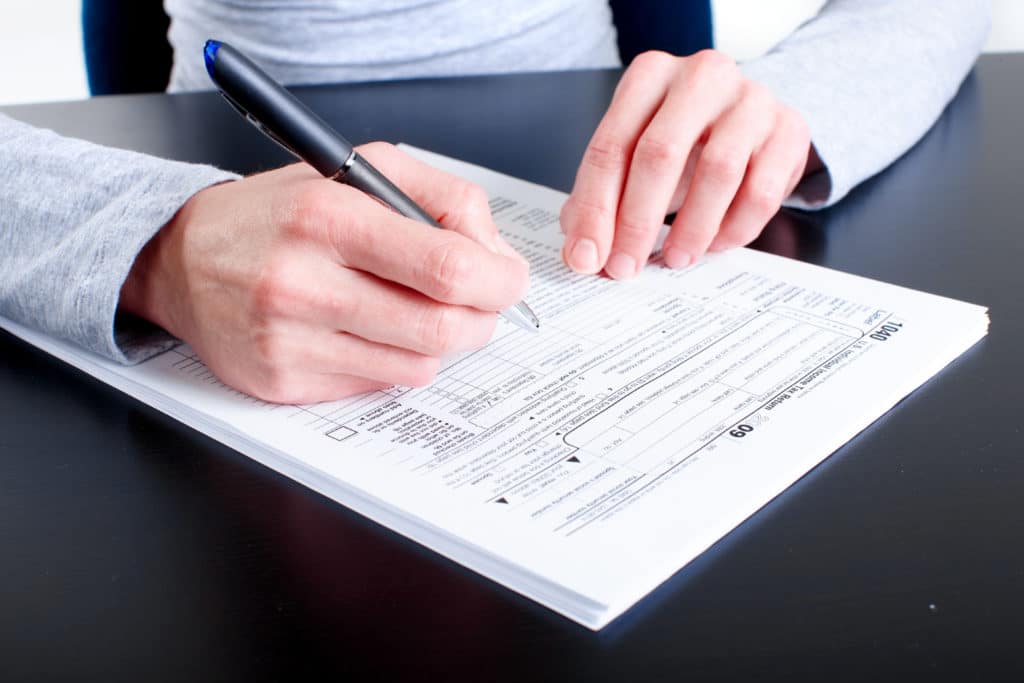 As part of the decision to file for bankruptcy under Chapter 13, individuals should always learn as much as they can about what the process will mean for them weekly, monthly, and annually. This includes understanding how Chapter 13 bankruptcy affects taxes, tax refunds, and tax returns.

After all, every U.S. citizen is required to file their taxes if they meet the minimum earning threshold for their filing status and other requirements. Nothing, not even filing for bankruptcy, stops the reality of taxes.

What Is Chapter 13 Bankruptcy?

Chapter 13 bankruptcy gives people who cannot get out of debt a light at the end of the tunnel. The strongest candidates for Chapter 13 are individuals who can realistically pay off their debts within a few years if they could stop incurring mounting fees, interest rates, and more debt. Usually, individuals who choose a Chapter 13 filing have a steady income that allows them to work with a bankruptcy trustee to figure out a way to pay creditors by creating a bankruptcy estate.

Under Chapter 13 bankruptcy, the goal is for all non-essential income, considered disposable income, to go to creditors. That way, the repayment plan can be followed step by step, and the person filing for Chapter 13 can be debt free within the expected timeframe. In other words, Chapter 13 is highly focused budgeting.

Though the basic aspect of Chapter 13 bankruptcy is relatively straightforward, people often wonder how their tax return and especially their tax refund fit into the equation.

Is a Tax Refund Disposable Income?

Many people enjoy receiving a tax refund every year. For those in Chapter 13, the big question is whether a tax refund is considered disposable income. The answer is that sometimes it can be, and sometimes it is not. It all depends upon the upfront payback plan arrangements.

For instance, in the case of an individual who is using his monthly income to keep in line with his Chapter 13 plan, a tax refund could be considered disposable income that should go directly to his creditors. In other words, the tax refund would be sent to the bankruptcy trustee. The reason for this assumption is that if his personal expenses are being met, the money from the tax refund would not be needed. The upshot is that dispersing a tax refund toward debts could help pay off creditors faster and move the person more rapidly out of bankruptcy.

However, not all tax refunds are disposal or extra income. Another example would be a woman who files for Chapter 13 with the help of a bankruptcy attorney and bankruptcy trustee. She has a certain amount of money withheld each payroll for a yearly fee that covers her home insurance, professional dues, and other important expenses that are larger in nature. In this situation, her bankruptcy plan should indicate that she intends to earmark her tax refund, or a certain portion of it, for this expected expense.

What About Unanticipated Expenses?

Another situation where money from a tax refund might not be considered disposable income is when a sudden large bill arises that throws a wrench in the bankruptcy payback plan. This could be anything from a medical expense to increased out-of-pocket health insurance premiums to paying for a funeral.

A person who has filed for Chapter 13 bankruptcy who encounters this type of difficulty should speak with the trustee appointed to his or her case. This way, an updated bankruptcy plan can be filed to modify the original one. Bankruptcy courts are open to these kinds of modifications if they are notified upfront. Delaying modifications, not mentioning the new expense, or trying to somehow “work the system” can and will backfire.

Are the Bankruptcy Tax Rules the Same for Chapter 7?

Under Chapter 7 bankruptcy, individuals liquidate and sell off all of their assets. Because they have no foreseeable means of paying off their debt, they use Chapter 7 bankruptcy to get themselves as debt-free as possible. Yet they still have to file taxes, too.

If someone under Chapter 7 receives income tax refunds, he or she may be able to keep the full refund. As with Chapter 13, the key is to work with a trustworthy, knowledgeable bankruptcy attorney and bankruptcy trustee to discuss all tax-related issues before filing under Chapter 13 or 7.

What If Part of the Debt Owed Is Tax Debt?

Sometimes, individuals who consider filing for bankruptcy owe the government money for overdue taxes. This is known as tax debt and although it is a form of unsecured debt, it is generally expected to be paid off entirely by the end of the repayment period. Chapter 13 bankruptcy tax debts are likely to be part of the repayment plan. Therefore, they should be included when the plan is set up.

Whatever money is sent to the bankruptcy trustee will be parceled out to pay off the secured debts and then unsecured debts. Tax debt, whether local, state, or federal, is usually ahead of other unsecured debts in terms of priority.

What Happens If Someone Who Filed for Chapter 13 Bankruptcy Stops Filing Taxes?

For those who have filed for Chapter 13, the decision not to file taxes is unwise and not part of the expected course of action. The idea behind having a trustee handle your bankruptcy estate is to not accrue additional debt, which will happen if your taxes are not promptly filed and your tax debts remain unpaid.

Someone in Chapter 13 bankruptcy who neglects to pay or file taxes may have his or her case re-examined by the bankruptcy court. The result could be the decision to move the individual to Chapter 7, and he or she would lose all of their liquid assets.

Taxes and rules surrounding Chapter 13 bankruptcy are very specific and can be challenging to navigate if you are not familiar with this type of law. If you are considering filing for Chapter 13 bankruptcy, talk with an attorney who practices in your area and has a reputation for helping people in your situation. Do not avoid asking for advice because the longer you wait, the more likely your debts will grow. Certainly, considering Chapter 13 or Chapter 7 bankruptcy can be overwhelming, but it can be the right decision for some people and families.
For a free consultation on filing for any type of bankruptcy in Georgia, call the team at the Law Office of Jeffrey B. Kelly at (770) 637-1641.

Is Chapter 13 or Chapter 7 Better?

What Happens If You Declare Bankruptcy?