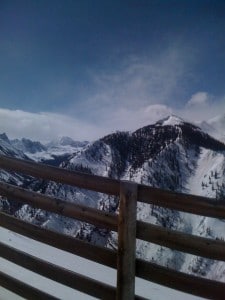 What is a Reaffirmation Agreement – Chapter 7 Bankruptcy

Many people who file bankruptcy are under the misconception that if they reaffirm a debt, that debt is not listed in the bankruptcy petition. Just the other day, I was meeting with a client in my Rome GA office who stated that he did not want to list his car in his bankruptcy case and that when his friend filed, that friend did the same thing in his case and had no problems. The truth is that you must list all of your creditors in your bankruptcy case or you will be in violation of the bankruptcy laws. I will never file a case for any person unless we are listing every single debt that they have. Sometimes, I will get resistance from clients who have a cosigner on a car note. Even debts with cosigners must be listed in your bankruptcy petition.

In addition to listing all of your debts in a Chapter 7, there is a page of the petition called the Statement of Intentions. On this page, a person filing Chapter 7 will state whether or not they wish to reaffirm or surrender cars, houses, and other secured debts. The creditor will mail a copy of the reaffirmation agreement to your bankruptcy attorney. After reviewing the document, your bankruptcy attorney will meet with you so that you can sign it. Then, the reaffirmation agreement will be mailed back to the creditor so that they can review it again and then filed it with the bankruptcy court.

Don’t let yourself get hit by the tidal wave of creditor lawsuits.