Credit Cards And The Crimea 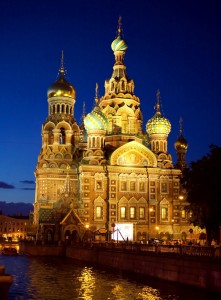 What do credit card companies and Vladimir Putin have in common?  The answer is that they both take what they want.

After the break up the Soviet Union in the 1990s, Ukraine had the 3rd largest nuclear arsenal in the world.  They also had one of the largest armies.  Many of the great powers of the world begged Ukraine to give up their nukes in exchange for a promise to protect their borders.  I’m sure there was a little money involved as well.  The world was made safer by the elimination of these nuclear weapons, but Ukraine was not.

Foolishly, Ukraine gave up the nukes and stopped maintaining their large army.  Earlier this year, Putin invaded Ukraine and took the Crimea.  Why did Putin do this?  The answer is money.  The Crimea has oil, and he wants it.  Oil is worth a lot of money and there was nothing to deter Putin from taking this action.  He did it because he could do it.

Similarly, credit cards companies take millions of dollars away from consumers every year by charging ridiculously high interest rates.  Why do they do this?  The answer is the same as it is for Putin……because they can.  What is going to stop them from compounding the  interest rate and adding late fees?

While the Ukraine may not be in a position to fight back, you are.

If you cannot pay the debt off, Chapter 13 or Chapter 7 bankruptcy may be your best option to defeat the credit card monster.

In a Chapter 13 bankruptcy, we look at your income and budget to determine a reasonable payment that will work for you. In contrast, with a Chapter 7 bankruptcy you eliminate all of the credit card debt.

It does not cost you any money to take advantage of a free consultation and meet with a bankruptcy attorney to explore your options.  Call us today at 770-809-3099.