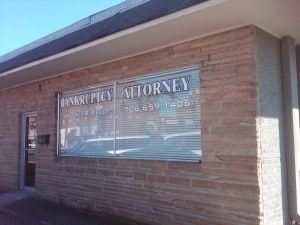 The Rome News Tribune recently ran an article describing the economic mess in Dalton, Georgia.  Dalton has been known as the “Carpet Capital” of the world.  The newspaper reports that Dalton has “lost more jobs per capita than any other in the U.S.”  It doesn’t get any worse than this.  Four thousand six hundred jobs disappeared in Dalton last year according to the Unites States Bureau of Labor Statistics.

Many people in throughout Northwest Georgia are suffering economic hardship through no fault of their own.  The good news for some people is that bankruptcy may be a good way to move from point A to point B.

Chapter 13 is a great tool for someone who was out of work but is now employed once again.  Chapter 13 can help you catch up on past due house payments and car payments.  In addition, some people can eliminate credit card debt and other unsecured debt in a Chapter 13 bankruptcy.  Many people refer to Chapter 13 as the “catch your breath” provision of the Bankruptcy Code.

In contrast, Chapter 7 allows you to wipe out your debt a move on with life.  It is important to note that if you are behind on house payments or car payments, you will most likely lose them in a Chapter 7 case.  The only way you wipe out a secured debt in a Chapter 7 is by giving back the collateral.  Many people like to refer to Chapter 7 as the “fresh start” provision of the Bankruptcy Code.

Once the national housing market recovers, Northwest Georgia will recover right along with it.  That day cannot come soon enough for me.