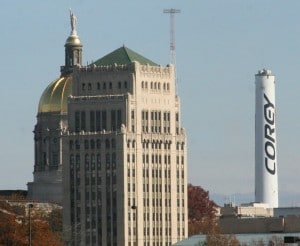 Some local governments across the United States are turning to bankruptcy to help them deal with financial pressures brought about by this awful economy.  The Wall Street Journal reports that there is a growing fear among creditors that city governments will file bankruptcy not out of necessity but as a strategy.

The Journal reports that in San Bernadino, California, “many residents and officials say bankruptcy offers the best strategy for restructuring the city’s budget, which is about $45 million in the red.”

Coming back strong after bankruptcy

In the article, a local real estate broker stated, “Look at GM and Chrysler (who filed bankruptcy in 2009).  You come back better than anyone would have ever thought.” (emphasis mine).

In July 2012, four California cities – Stockton, Mammoth Lakes, Compton, and San Bernardino- have either filed bankruptcy or indicated that they may be filing bankruptcy soon.

The article states, “Some of the biggest supporters of a filing are local business leaders who say a filing could actually make San Bernardino more attractive to companies- and even bond investors one day – because it can solve the city’s long-term fiscal problems.  City officials say they have cut services and staff as deeply as they can and see no alternative to bankruptcy.”

As a bankruptcy attorney, I can tell you that many individuals in Northwest Georgia are in the same situation as San Bernadino, California.  Many people have so much debt hanging over their head that there is no way that they will ever be able to pay it off.  If they do nothing, no creditor will ever loan them money again because of the giant dark cloud that hangs over their head.  In contrast, someone who files bankruptcy can eliminate the dark cloud of debt and obtain credit again in the future.

Personally, I think there will be more cities filing bankruptcy because of this awful economy.  With unemployment rates so high along with an economy in decline, raising taxes to replace lost revenue is not an option.  In most cities, services have already been cut to the bone.  In Georgia, many school teachers and other city workers have been forced into bankruptcy because they’ve had so many furlough days.

I would not be surprised if we start reading about some Georgia cities filing bankruptcy.

Am I liable for the medical bills of my spouse?