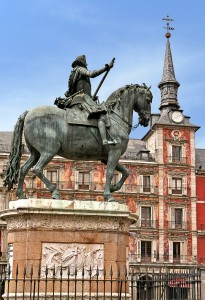 A former politician from Barakaldo, Spain, threw herself out of a fourth floor window because of her distress over being evicted from her home.  In Granada, a newsstand owner hung himself just before his eviction.  In Valencia, a homeowner survived a jump from a balcony.

public backlash against banks in Spain

These tragedies have led to a public outcry against banks and a call for foreclosure reform in Spain.  The Journal reports that these deaths have led to large street demonstrations across Spain.  One Spanish police union has even offered to provide legal support for officers who refuse to participate in evictions.

Chapter 13 helps some Americans save their homes from foreclosure

Here in the United States, homeowners have the option of filing Chapter 13 bankruptcy to save their homes.  Chapter 13 stops the foreclosure of a home.  A Chapter 13 will allow you to pay back any past due mortgage payments through the plan.  This a great tool for someone who has fallen behind on mortgage payments while they were out of work but has now found a new job.

When a person is in a situation where they need to surrender the house and eliminate first and second mortgages, Chapter 7 is the solution.  Chapter 7 is commonly referred to as the fresh start provision of the bankruptcy code because it allows you the opportunity to eliminate all of your debt and move on with a new start.

I hope that the Chapter 13 laws will be changed in the United States so that judges can modify future mortgages so that more people can stay in their homes.  Some bankers argue that this change in the law would hurt their industry, but they are wrong.  Under the current law, when a bank forecloses on a home, they almost always get less than the appraised fair market value because no one is going to pay the full value on any house that a bank has foreclosed.  Why not let a bankruptcy judge modify a mortgage so that the balance owed is adjusted down to the current fair market value?  This would help everyone.  Less foreclosures would result in increased property values.

Bankruptcy Predictions for 2013 in Georgia